In the summer of 2016 we started handing out the first business loans in the Chereponi district, in the northeast of Ghana. Meanwhile loans have been handed out to the third group of participants.

Actually, we would have wanted to report about the project much earlier, but the events in two of our big agricultural projects kept us busy.

In the summer of 2016, we issued the first business loans in the Chereponi district, in the far northeast of Ghana. With the project we responded to the urgent need for further work prospects, especially for the younger generation, in neglected northern Ghana. Following the successful model of the microcredit project in Offinso, in central Ghana, we launched the Small Business project in Chereponi. While the First Step Foundation in Offinso primarily grants micro-credits to vulnerable women, the Small business project in Chereponi grant credits up to 600 EUR to young entrepreneurs, men and women.

The first tendering process took place around the turn of the year 2015/2016. After thorough examination, loans were granted to 7 women and 10 men in the amount of 500 Ghanaian Cedis (GHS) to 3,000 GHS, approximating between 100 and 600 EUR. Except for one delayed payment, all 17 borrowers have repaid their loan. From a trading business to small animal breeding, from the production of baked goods to the weaving of clothes, from the distribution of agricultural equipment to the brewery, every type of business included. A great start!

Also the 18 entrepreneurs from the second round all run successful businesses, so that we have now granted loans to a third group. Project manager Akor Munkaila watches over his protégés with eagle eyes and accompanies them in their success. 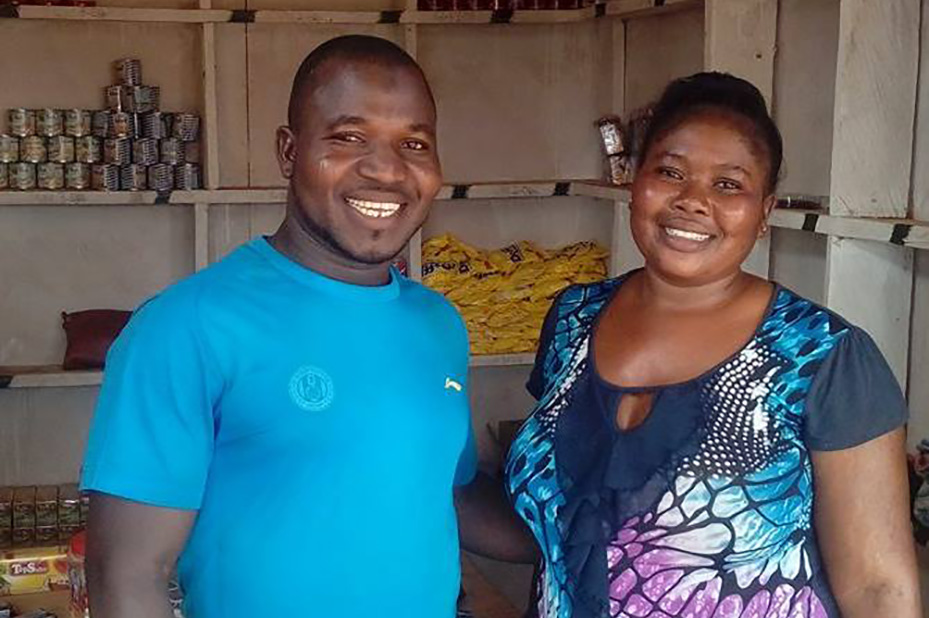 Meet two of them. 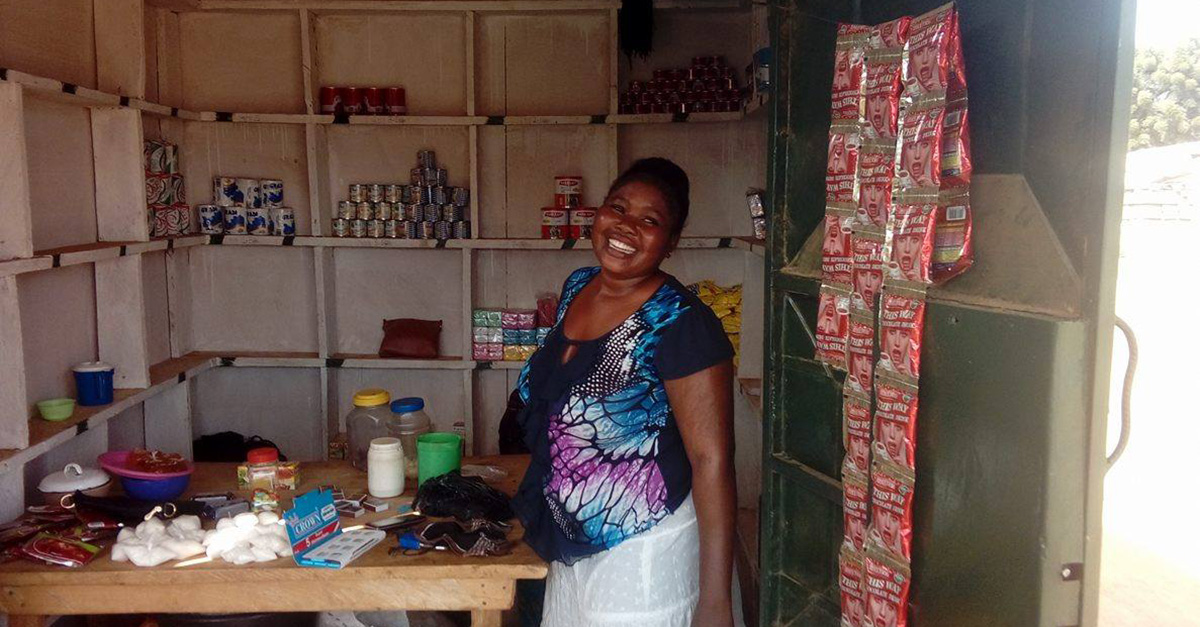 Prior to receiving the business loan, Zuwera occasionally helped out a friend at her snack bar on the weekly market, otherwise she had no work. But she was young and wanted to do something.

Through our local partner organization, she got a loan of 600 Ghanaian Cedis, equivalent to 120 euros. With the credit she built a small shop and was able to buy a first batch of products. Since then she has consistently expanded her product line and was able to make her first small profits.

Very reliable, Zuwera paid back her loan on time. Because of her good work, the organization granted her a second loan of 1,000 GHS, about 200 euros. With the extra loan she was able to buy products, such as rice and corn, in large quantities and thus make larger profits. Her recipe for success: ALWAYS be there, be kind and always try to fulfill any wish of the customers. She has grown from a warm-hearted but shy beginner to a proud, radiant businesswoman. Congratulations!

Mahama’s shop is THE shop in Chereponi where you get everything! 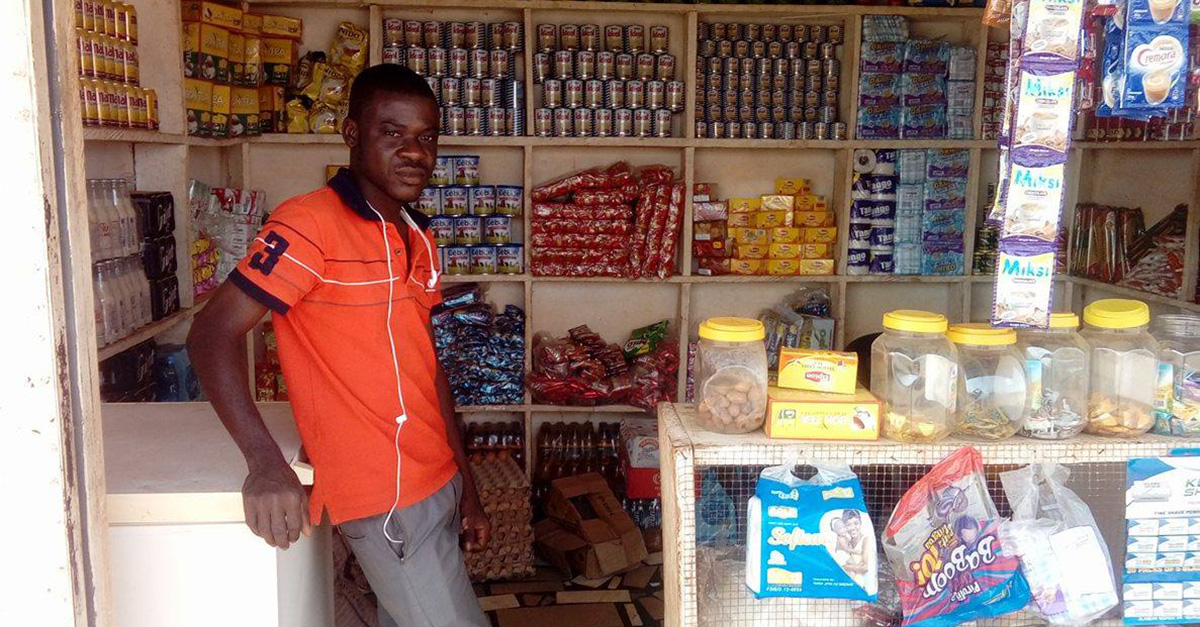 Mahama opened his shop about three years ago on the main street in Chereponi. With this sales he was able to earn a living, but not much more. He didn’t make enough money to build up savings. The profits he made, went immediately into the purchase of new goods.

Mahama wanted to expand. After extensive examination he received a loan of 2,000 GHS, equivalent to 400 euros. With this he was able to buy to buy his goods in large quantities and to wholesale prices, thus multiplying his profits! In the meantime, Mahama was able to significantly increase not only his customer base but also his profits. His customers love him, because they can always get what they need. Everything is neatly organized, his shop, his merchandise display and his bookkeeping – this makes us very confident and we are sure, Mahama’s made it. He won’t need help anymore.