The pictures that project assistant Akor Fusheini Munkaila sent to us in between, show magnificent fields full of healthy soybean plants. A promising prospect, but in the end the harvest will decide, if the fertilizing measures were successful. Edith Lanfer was in Chereponi, Ghana and reports on the progress.Two weeks ago I visited the Anoshe Women project in North-East Ghana. I wanted to visit everybody and hear how the fertilizer project worked. The project managers, with whom I sat together at the beginning of our visit, seemed only moderately excited. But why? Everything sounded exemplary – the women had sowed in straight rows and in the correct planting distance, they repeatedly weeded and cautiously introduced the phosphate fertilizer to every little plant. The plants started to grow vigorously… everything went like planned. Then the rain stopped. After weeks without rain, the women feared a total loss of harvest. A short moment of shock. But then the rain started again and the soybean plants formed pods. The women of the Anoshe Women cooperative believe that without the drought period there would be even more pods on the plants. Because of this everyone was even more eager to start harvesting. 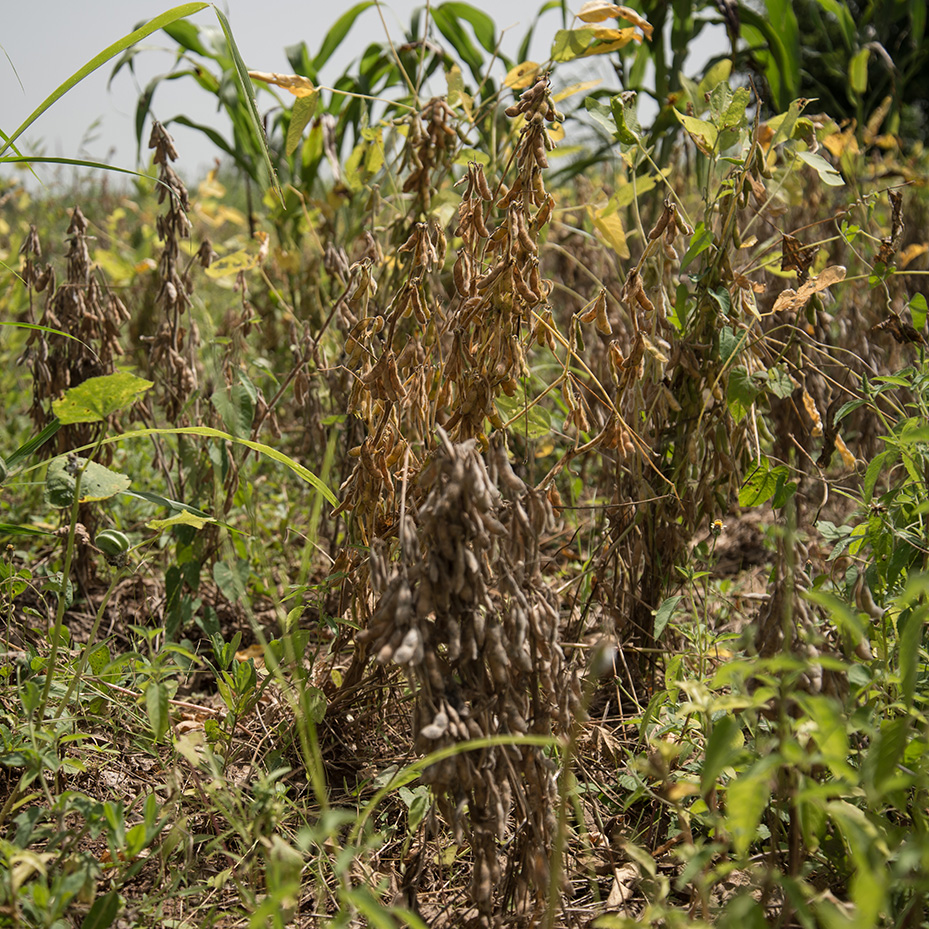 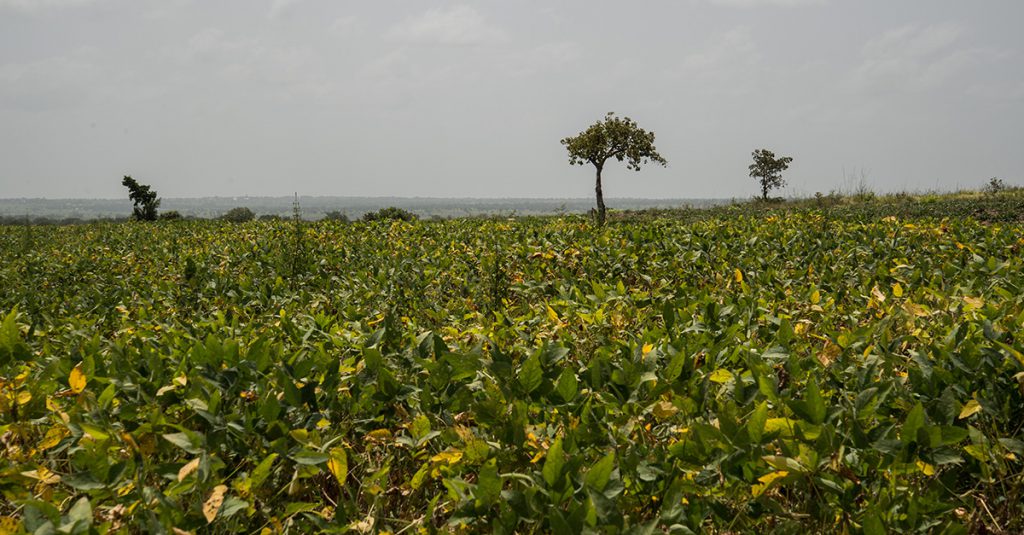 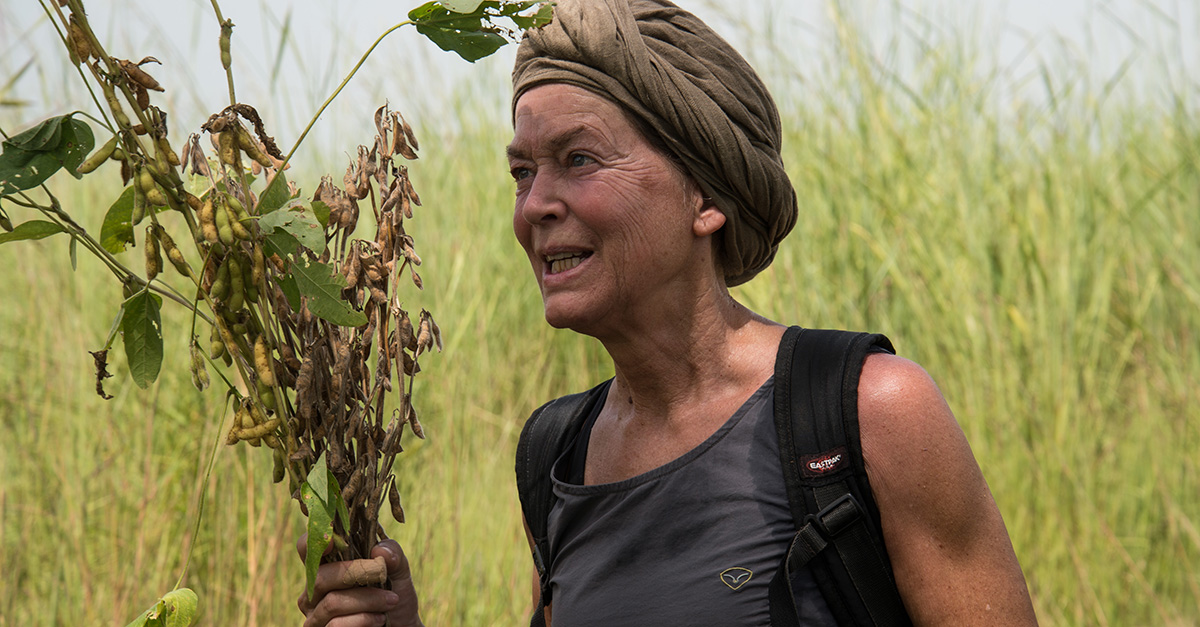 The important thing was, and still is, to improve the soils health permanently. Fertilizing the fields with phosphate (TSP) was just one step. With new harvesting methods the project aims to leave as many natural nutrients in the earth. Instead of simply tearing out the plants and rootstock, the women were trained to cut off the plants with a sickle, just above the soil, so that the valuable nitrogen-enriched stems of the plants stay in the soil. Precious and Mumin, two agricultural assistants from the University for Development Studies in Tamale, trained the women in cutting the stems with a sickle and supervise the progress of the fertilizer project. I was there when the training took place, so naturally, I also wanted to learn. So like all participating women, I received a training in cutting with a sickle. I tell you: it is really not so easy. The soy stems are much more fibrous and woody than corn or other plants. But soon we got the hang of it! Let’s see how this improves the soil long term. 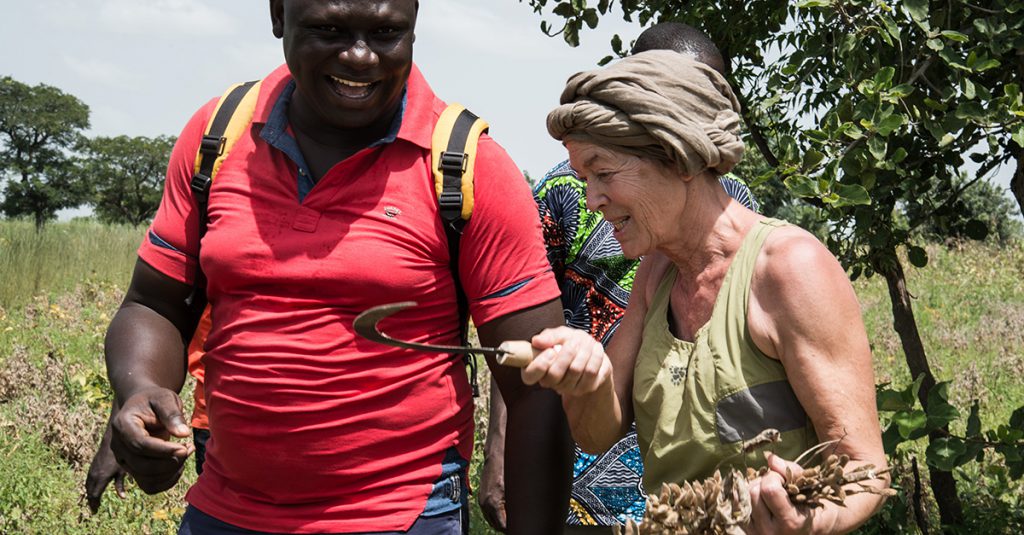 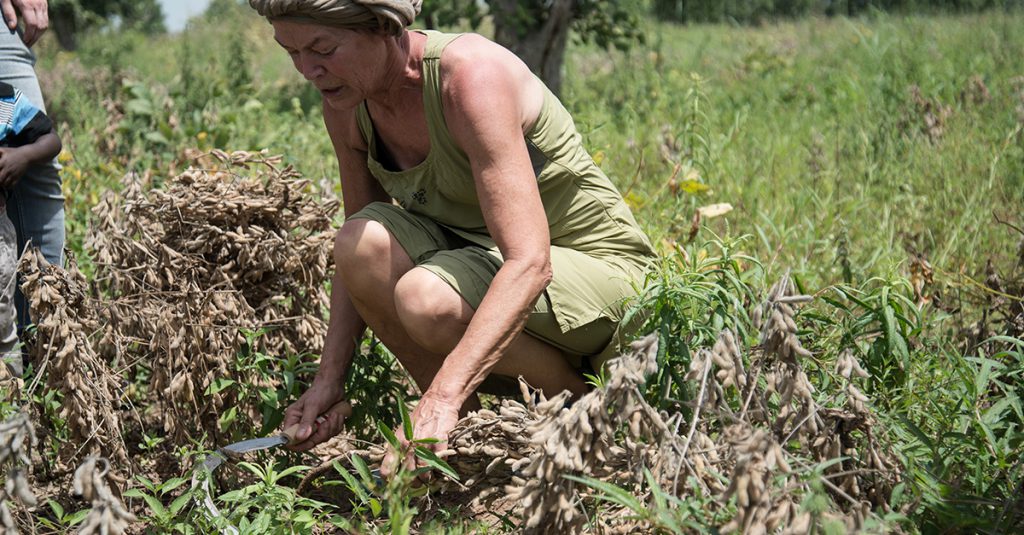 Leaving the plant residue in the ground is just one milestone of many soil improvement measures. Immediately after the harvest, which should be done towards the end of November, we want to start composting. A first workshop woke great interest and the women had many questions. They really want to improve the fertility of their fields. To be able to start composting after the harvest, the women should start collecting green materials, tie them up tightly and prevent them from drying up. Because it won’t be long before the dry season starts and there won’t be a green leaf to collect. 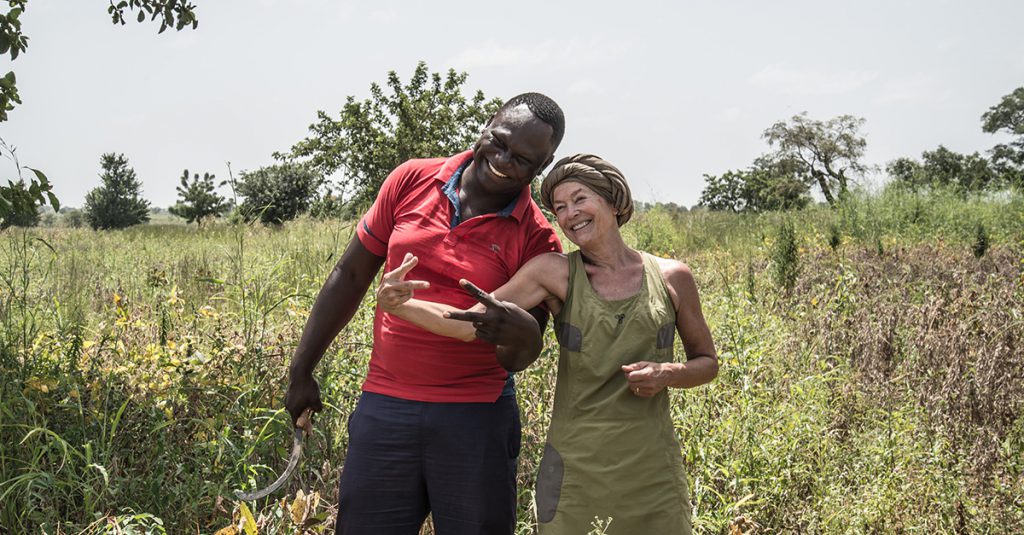 Now we look hopefully into the furture and hope for a good harvest. The new threshing machine is ready, and after the threshing we will be able to measure the results. Soon. Very soon. 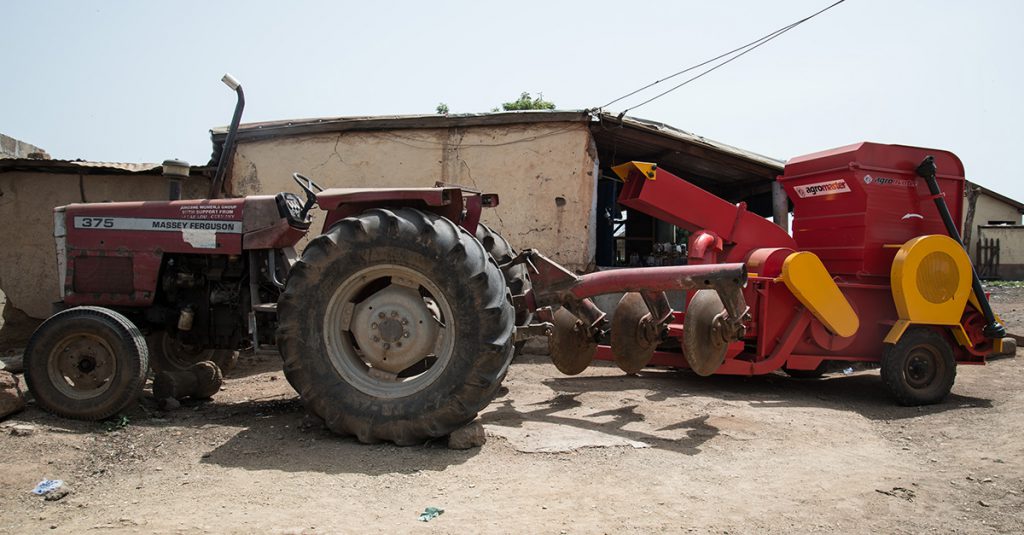