It is not only about equal work, for example in agriculture, about equal pay for equal work performance, about fair distribution of property and income – it is also about the dissolution of so-called “men’s work” and “women’s work”. The trainees in our youth training project in The Gambia are demonstrating this. 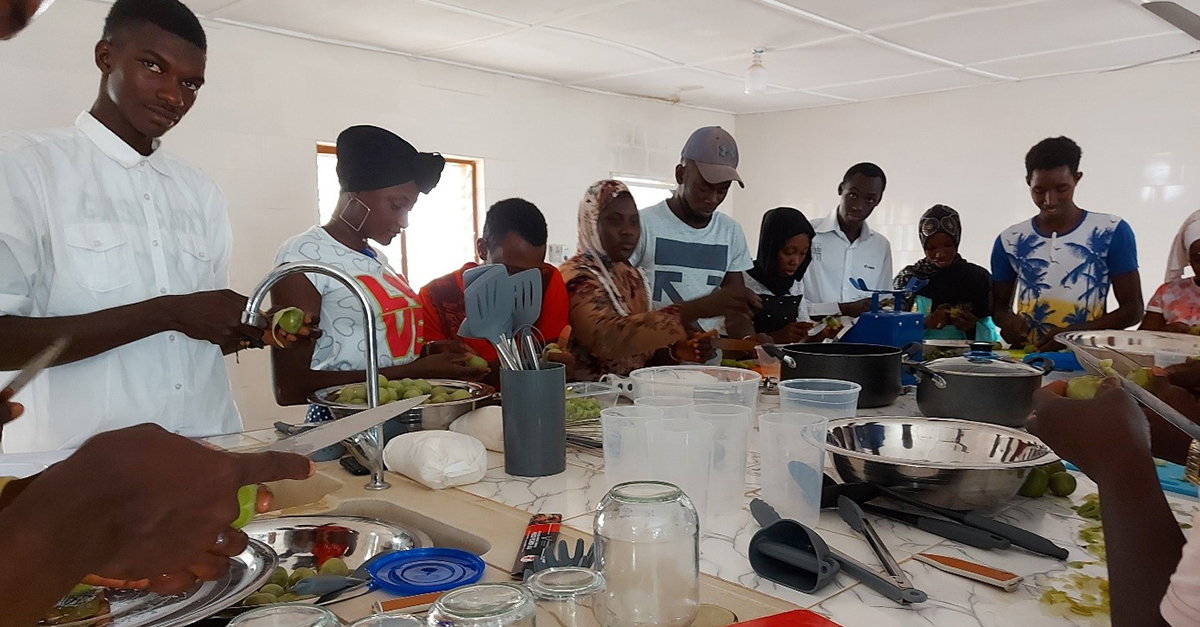 Long longed for, then finally reality. After 6 months of Corona-induced break from teaching, albeit with practical work training, a lot of theory had to be caught up on. And now, finally, we were able to hold our first workshops in the field of food processing. On the agenda: the production of green tomato jam and hot chili sauce. Participation was voluntary . . and everyone joined in, including the boys.

There was snipping, skinning, peeling, blending, stirring, sterilizing, tasting, seasoning, pureeing, bottling . . . indiscriminately, everyone was on fire. And with even more zeal, the action was documented photographically, so enthusiastic were all. But more importantly, the results were promising, a super tasty jam and a tasty spicy chili sauce.

It didn’t take long until the jam – a welcome change in the breakfast program – was used up and the chili sauce was already sold at the local market. A complete success! 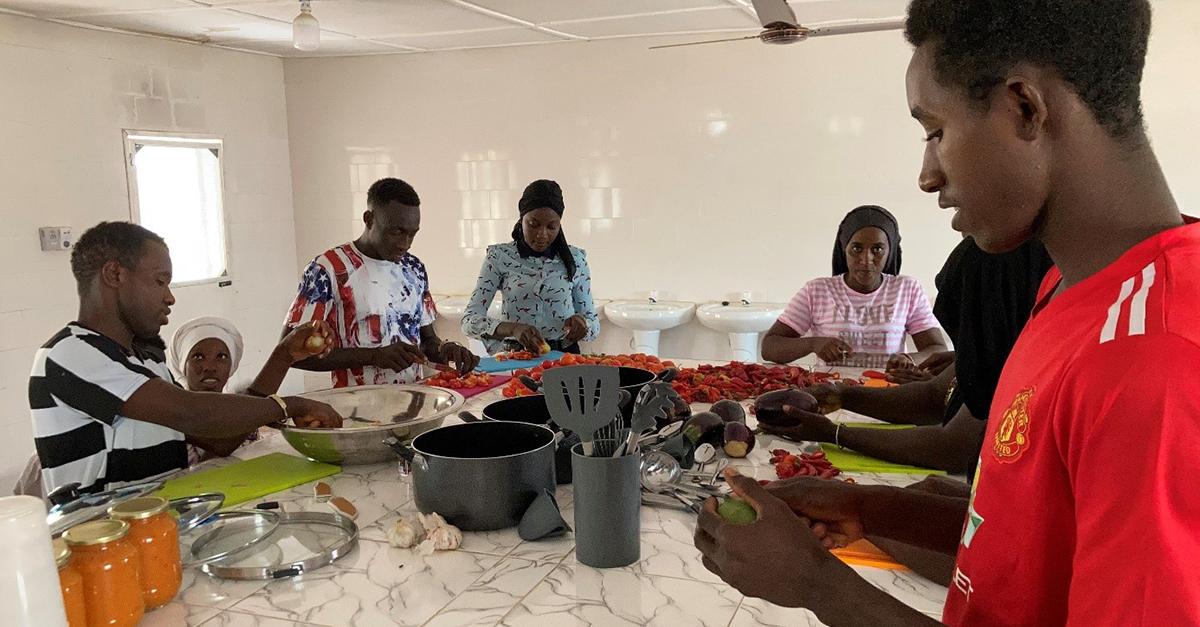 On the bottom left of the picture the first batch of chilli sauce, ©Sabab Lou

All ingredients were meticulously written down, quantities noted, work processes documented – after all, it’s all about the replicability of certain products that are in demand. Taste, consistency, color, everything was carefully coordinated and recorded.

The task was to manufacture products that would primarily serve to utilize vegetables that could no longer be sold as raw produce. In this way, another source of income could be generated from “leftovers”.

But production alone was not enough. All costs had to be calculated, apportioned to different filling quantities and provided with a price surcharge. Together we discussed whether a surcharge on the production costs of 50% for the chilli sauce and 75% for the green tomato jam would be accepted by the customers.

Yes, they were. . . and already everything sold! We could not have asked for a greater success! Small teams will now develop new products with further recipes and hopefully achieve the same success. Of course, an attractive label will then have to be created, and a food and manufacturing certificate acquired. We will hold more workshops, and perhaps food processing will be a future career for some of the youth graduating this year. 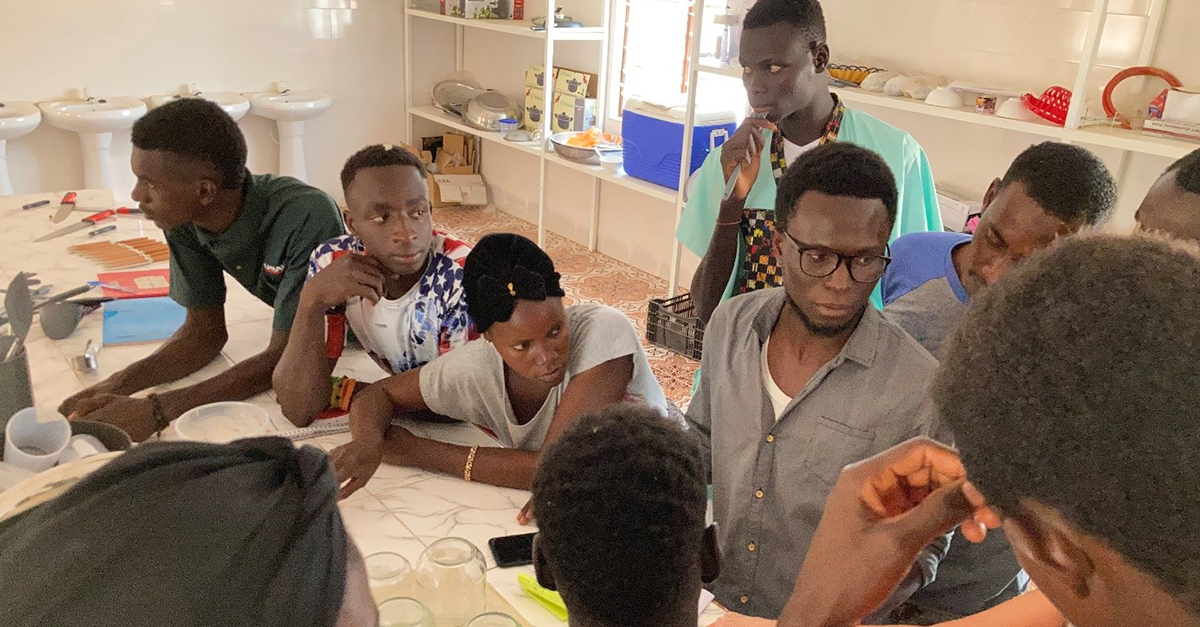