Between 2011 and 2019, Sabab Lou, in partnership with the Rural Development Organization (RDO Gambia), supported three villages in the Baddibu district along the north bank of the Gambia river in their vegetable farming. The goal of this project was to create a reliable and long-lasting source of income for the local communities.

Around 300 women from the villages Dutabullu, Jumansar, and Chamen took part in the project. At the most basic level, Sabab Lou installed solar pumps and irrigation systems in all villages. Following the installation, villagers had access to clean and running drinking water for personal use as well as enough water to irrigate their vegetable gardens during the dry season.

Along with other changes to agricultural practices such as composting, crop rotation, mixed crop cultivation, and organic fertilization, the communities of Dutabullu and Jumansar, with 500 and 1,000 inhabitants, were able to increase their average income by almost three times.

Read more stories about the project.

Sabab Lou’s goal is to leave behind sustainable change. Keeping the independence of the communities in mind, the most important mechanism of all projects is that the profits made by selling the vegetables do not only serve as increased income for the participating families. The long-term goal is that part of the profits are set aside and saved, so that villages will be able to pay for maintenance and repair of the solar pumps, buy necessary equipment in the years to come and cover all organizational costs, without financial support from anyone.

For the villages of Dutabullu and Jumansar, this transition to financial independence worked smoothly. Since 2017, the villagers maintain their upgraded agricultural systems without any financial support from Sabab Lou, paying for all operational costs and maintaining a higher revenue.

However, the smallest of the villages, Chamen, with its 400 inhabitants, did not transition as successfully. The villagers were not as enthusiastic about organizing the maintenance of the machinery or putting in the effort to increase their agricultural yield and associated revenue. In this case, Sabab Lou and Chamen were not able to successfully partner and dissolved the collaboration ahead of schedule.

Nevertheless, the success of Dutabullu and Jumansar demonstrates the effectiveness of Sabab Lou’s interventions as well as its long-lasting effects on the two villages. In 2019, Sabab Lou officially ended its participation in the project although the Foundation continues to maintain ties to interested villagers of Dutabullu and Jumansar, who are welcome to join agricultural workshops that the Foundation conducts as part of its other projects. 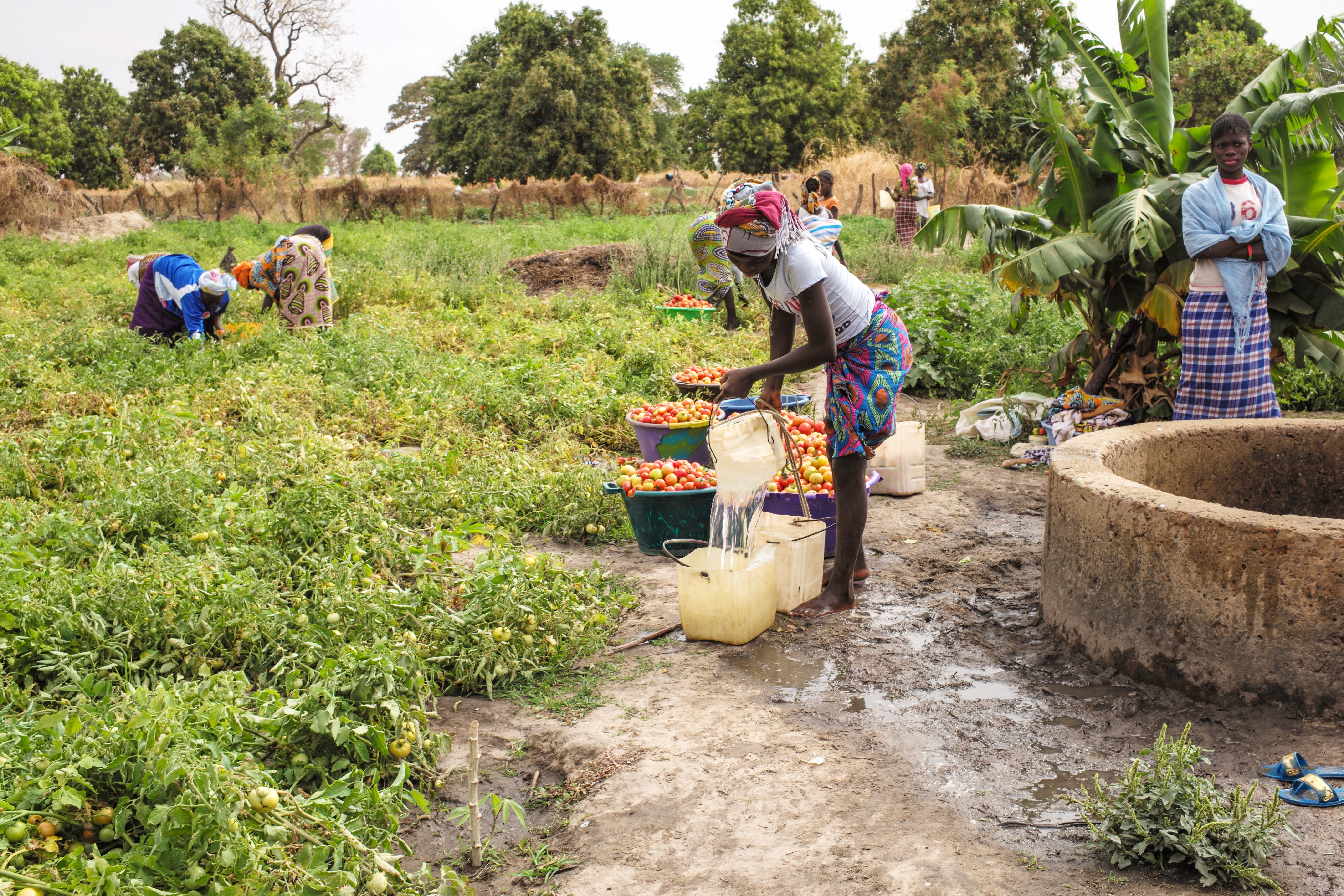 Not to forget: Since 2018 there was a notable and significant decline in emigration away from the villages. To a certain extent, this decrease in emigration can be attributed to the new opportunities being created by expanded agricultural work. As a direct result of agricultural changes, the Foundation launched a work and training program for young Gambians in 2019.

The donation seal of the German Central Institute for Social Issues (Deutsches Zentralinstitut für soziale Fragen, DZI) certifies that we carefully and responsibly handle the funds entrusted to us.