Last year’s fertilizing measures in the Anoshe Women project in northeastern Ghana were so successful, that 148 more women want to participate in the project and fertilize their soy fields this year.

You may recall – after a detailed analysis of the soil degradation of the Anoshe Women fields last year, we decided on extensive fertilization. We called for donations to bring in the necessary mineral fertilizer to a total of over 190 ha. 270 women took part in the scientifically supervised fertilization project.

The result: All of them have achieved a remarkable increase in their harvest by around 80% to 1 ton per hectare.

But with the mere adding of mineral fertilizer once, the soil improvement measures are by no means finished. Under professional guidance the women started composting and this year they were able to bring between 6 and 10 sacks, on average about 500 kg of compost, onto their fields before the start of the season. A proud result. Composting will now complement the one-time fertilizer application with phosphorus. This should continue to improve the structure and nutrient content of soils for years to come.

Not only the agricultural component is crucial for the success and continuity of the income generating project. The financial independence of the group is just as important. In 2019, the project is supposed to become self-reliant. So that this can happen, it must be ensured that the project is economically viable in the long term.

To guarantee that, the group needs to pay 1.75 sacks of soybeans instead of 1 sack soybeans after the harvest.

After carefully evaluating all the data, and especially the future costs, the Anoshe Women Group has therefore decided to pay back 1 ¾ bags of soybeans, a total of 175kg soybeans each, as a deposit for the group, regardless of the size of the field. This aspect was particularly important to women, although field sizes vary between 0.4 ha and 1.6 ha. Unity and a common understanding before profit. A meaningful agreement.

This year, a total of 369 women are participating in the fertilization project. 221 women have already participated last year, 148 new women decided to join in this year. The new members, just like last year’s members, will receive Fertisol, an organic fertilizer, and TSP, a mineral phosphate fertilizer.

Current state of the harvest

This year, the first rain came very early mid-May. But the women only managed to plow about a quarter of the fields before the rains stopped for 3 weeks and the plowing service had to pause. By the end of June, however, the women were able to plow all of the fields and sow the new seeds.

By now the seeds have risen – with smaller gaps. Weeding, manuring, weeding takes a regular course, as does the rains. 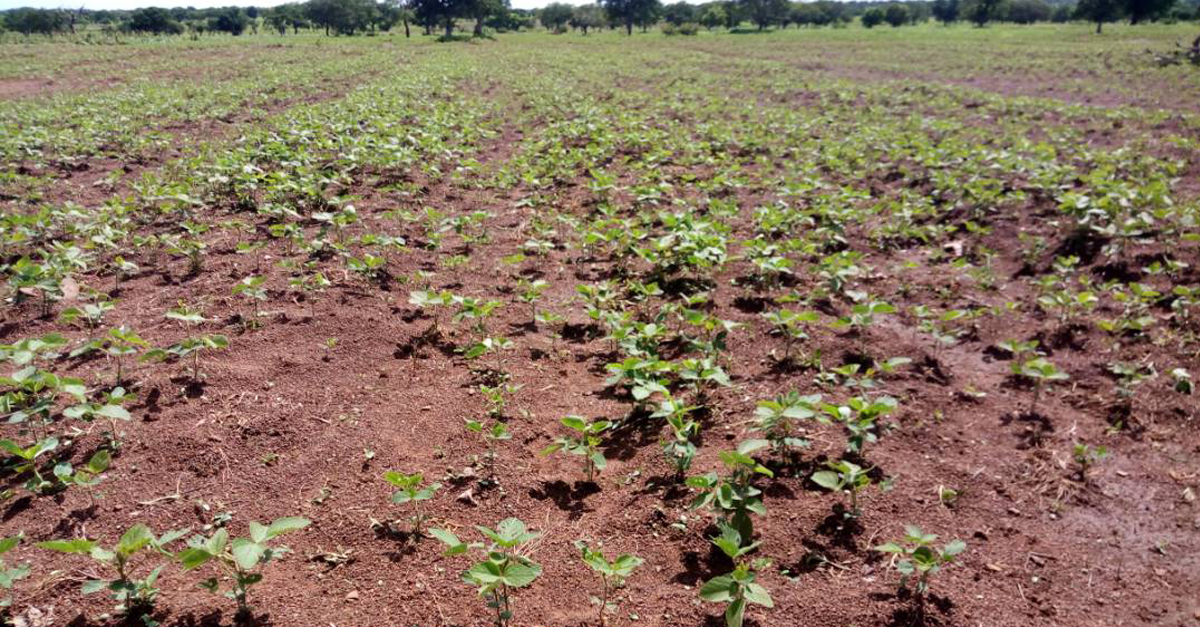 Let’s hope that the crop continues to grow as well.