It all started with one simple business idea. Read

PART 1: Mbelly and his business idea

Mbelly had a business idea. He wanted a dairy cow, so that he could sell the milk on the market and generate an additional income to his agricultural activities. He did not want a whole herd, like most of his relatives. Just one or two cows – just as many as he could care for.

With this business idea, Mbelly applied for a small business loan, that our Gambian partner, the Rural Development Organization (RDO), started handing out in 2015. Similar to the Anoshe Women project in Ghana, the Gambia agriculture project is complemented by a small business fund, with which the local organisation aims to support the business ideas of young entrepreneurs. The main idea was to support the participating villages of the agricultural project with small amounts of money, so that they could purchase input materials e.g. seeds, fertilize etc and start in sales marketing and processing of food.

In June 2015 Mbelly’s was granted a loan, because his idea was (and is) good. The demand for milk is high in Farafeni, much higher than the supply. And the milk can be sold for a lot of money – for up to one Euro a liter.

Now all Mbelly needed was the cow. The local breed produces too little milk. With the support of the RDO project manager, Mbelly found a cross between German dairy cattle and local cow. This cross can produce significantly more milk than the native cows – up to 20 liters a day, as opposed to only 1.5 liters. A pure breeding would be too risky for the conditions, climate and precarious nutrition basis would make them too susceptible to diseases. 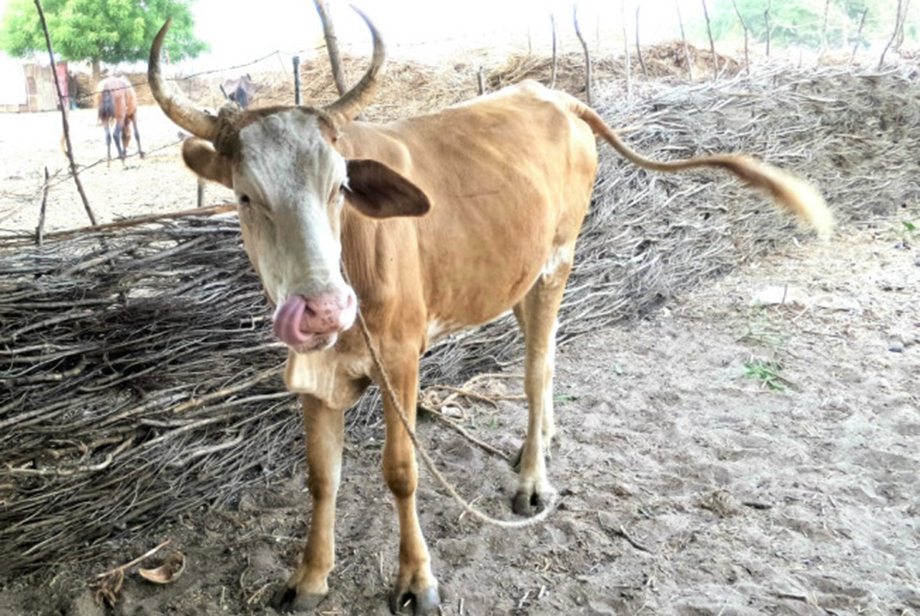 The mix of german dairy cattle and local breed can produce up to 20 liters of milk a day.

Some of you might remember Svea Gustafsen, the adventurous woman who participated in the Rallye Dresden-Dakar-Banjul in 2017. On the rear window of her car was a big sticker from Sabab Lou. 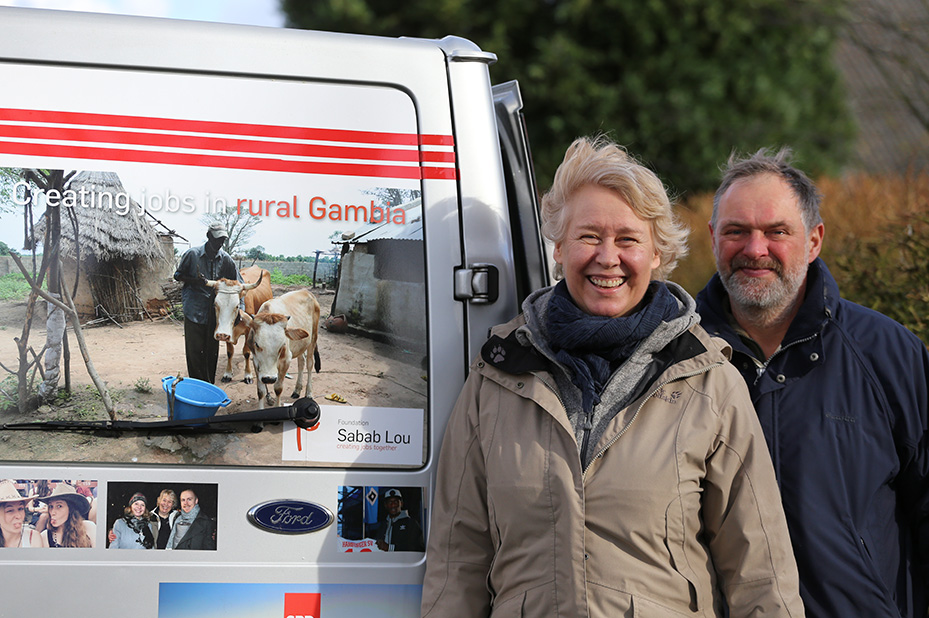 Svea Gustafsen and farmer Achim Bock used the Rallye to support the dairy cow project in  The Gambia.

Svea wanted to use the journey for more than just to satisfy her own adventurousness. Looking for projects she wanted support, she read about us and the story of Mbelly. In the milk farm „Meierei Horst“ from Horst/Holstein, Germany, she found the perfect ally. Together they collected over 4,000 Euros and donated them to a defined section of the Small Business Fund of the Rural Development Organization. After the example of Mbelly, further cow projects were to be supported with this special funding.

This is how the simple business idea of Mbelly turned into it’s own project – a fund, which sole aim is to support dairy cow projects in The Gambia.

PART 3: More attention for cattle breeding in The Gambia

From this money three other young men have received a loan from the dairy cow fund. In 2017 Ebrahima Bah, Abdou Bah and Momodou Bah (no, they are not related) received a loan to purchase their own cows – She-Weh, Yummeh, Yummeh and Ngari Yummeh (Abdou received two cows, one dairy cow and one cow a little young bull). 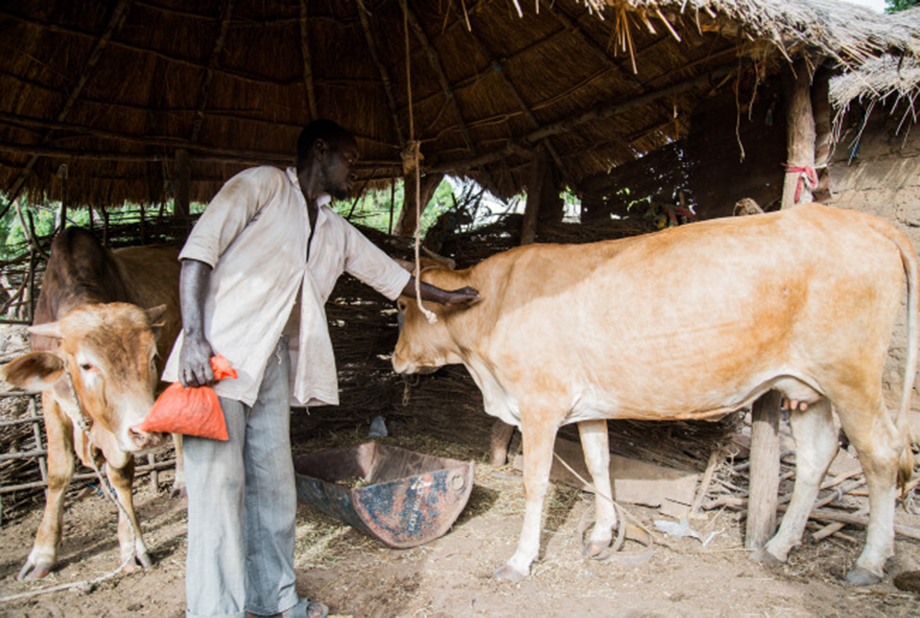 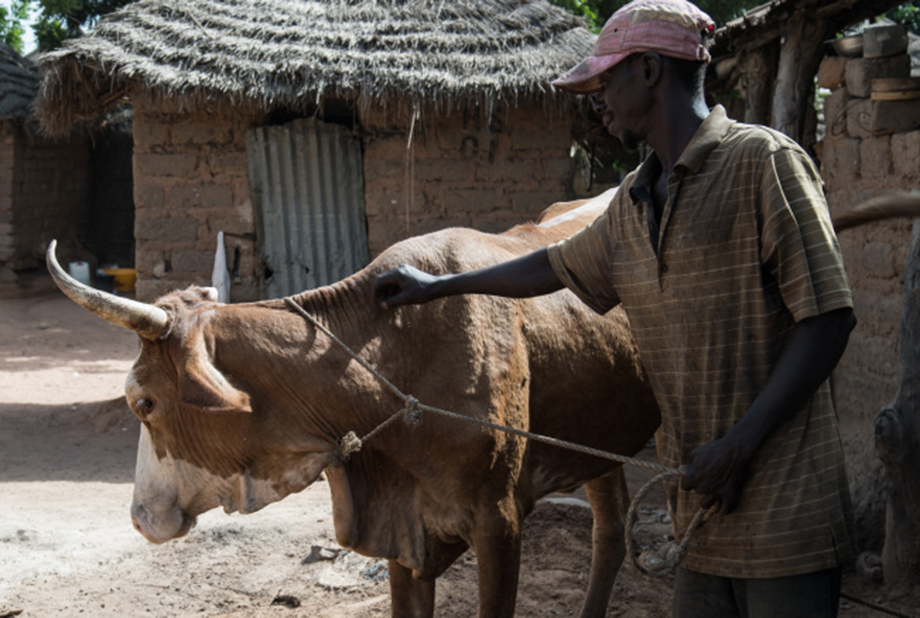 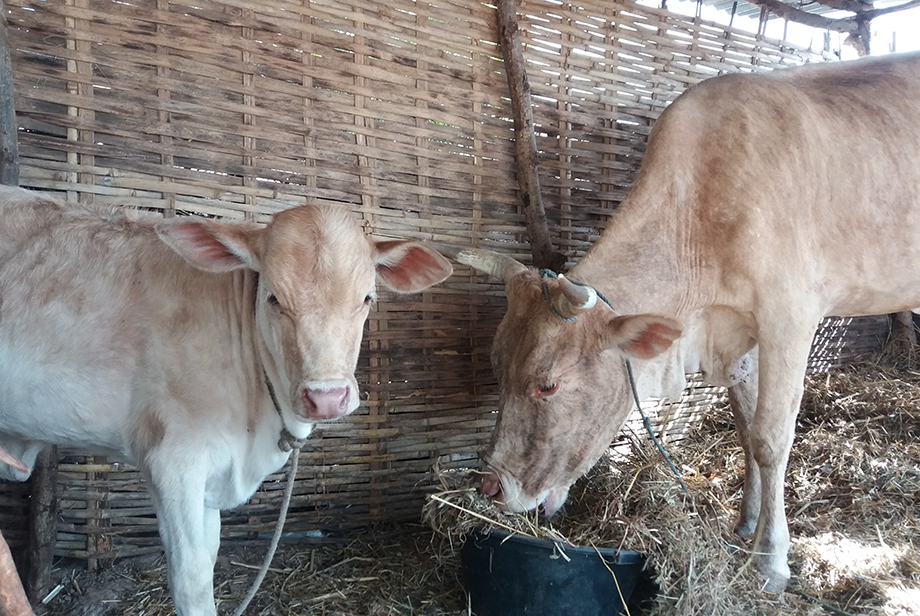 Read more about the cows, their owners and their connection to the farmers in Schleswig-Holstein: https://milchkuhprojekt.wordpress.com/

With this dairy cow project a new level of attention arose for the cattle industry in The Gambia. Traditionally, the herds of the Fulanis (former nomadic tribe) are primarily considered as property, and not seen as source of income. Cows are only sold when there is something to celebrate or other high payments have to be made. Mbelly, Ebrahima, Abdou and Momodou break with these traditions.

But the new field of work also bringt new challenges. As for example in the care and alimentation of the animals.

Depending on how well the cows are fed, the will produce more or less milk. Right now, the cows only produce about 10 Liters of milk a day, due to poor feeding. But good food like groundnut hay or dried straw is expensive. With only scarce financial reserves, it is not always possible to buy good food. The main aim of all three current participants lies in increasing productivity and learning the right care for the cows, so that they produce as much milk as possible.

For this project manager Momodou has found an expert, that will train Ebrahima, Abdou and Momodou in the care of dairy cows.

We will keep you posted on the success of the dairy cow project.